Due to recent events the company also advices that you acquire or get involved in one or two other special skills/activities not listed above. For example: global exploration, nature studies etc.

It is said that to do the same thing and hope to excel is folly, please be guided.

Our recruitment process is gruelling, do expect the unexpected and the possibility of a non-favourable outcome.

Assumption: the belief that you have all the details on any experience when viewing from a distance. It is to attempt to replicate the same experience without having full disclosure of the facts. 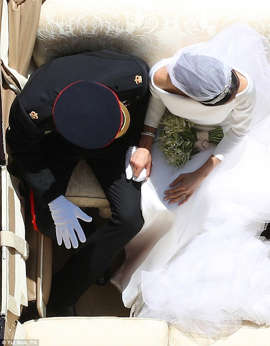 “Oh wow, what a spectacular view.”
“Hmm ..”
“Don’t you think so? Not waiting for a response, he carried on enthusiastically “I can envision our guests taking in the view.”
“Honey, I think we should calm it down a little.”
Sensing her hesitation, he turned “What is the problem?”
Inclining her head to subtly indicate the venue manager, at the far corner “I just think we shouldn’t let her know how much we like it especially as we haven’t done any negotiations”.
“You have hounded me for weeks to show some interest in this wedding planning process and the one time I feel a spark, I’m not allowed to show it.” Feeling slightly deflated, he shook his head.
“You know what I mean, sorry to rain on your parade. Come on let’s go talk shop.”
“Aarrgh! You just like bossing me around don’t you?”
She laughed, he smiled.
“I hope you like what you’ve seen? The venue has more grandeur under the night sky; it is truly a romantic site.”
Squeezing his hands lightly Indigo cautioned Romeo, a hasty or overexcited response wouldn’t work in their favour “It is truly remarkable, but essentially everything comes back to how much it going to cost us.”
“Why is it that everyone wants to talk about that first?” She laughed “Did I mention that we offer a free lovely modern room for your guests to have an early meal, it also serves as a safeguard against bad weather.”
“Well yes you did say that and to be fair it is more than we imagined which is why we would really like to know how much it all cost.”
Chuckling at her failed attempts to side-track her client “You are a much-focused customer aren’t you. Well, for daytime use it would cost you seven thousand dollars and for night time events it goes for nine thousand dollars.”
“And these fees account for ..?
“It covers the use of the venue, the spare room and little snacks for your guests. However, it does not include catering, drinks or any form of decorative work; which in my opinion isn’t needed as the venue has been tastefully designed to create an atmosphere.”
While trying to pay attention to the manager and also do a comparative study of all venues they had seen Indigo failed to notice Romeo’s growing impatience until he spoke.
“We’ll like to book the venue for the 26th of June.”
“What? Hold on …” High pitched fright ringing through her words.
“I’ll give you two sometime.” slowly retreating from the suddenly tense atmosphere.
“Thank you. Romeo why would you do that? I thought we agreed to try underselling our desire for the venue? What was that all about?”
“Indi we’ve dragged our butts through so many venues, I’m getting tired of it. I suggested the back garden, you said too simple.”
“I know that, but …”
“I suggested the church hall; you said too common. Now we find somewhere we both like and you start dragging out the issue especially when the price is a thousand dollars below our set budget.”
“The fact it’s below budget doesn’t mean we shouldn’t try to get more off the price if we can.”
“Since when did you become obsessed with pricing? You spent ten thousand dollars on a gown you’ll have on for just a few hours …”
“Is that what this is about? Some sick way for you to splash out on something you like? How can you be so petty.”
A look of pain crossed his face, taking a deep breath “You know what Indi, do whatever you like I’ll see you later. I need to get back to work.” He turned to leave.
“Romeo I’m sorry, please don’t go.” Disappointed and apologetic emotions warring through her mind Indigo wanted to take the words back, but couldn’t help feeling he was overreacting.
“It’s ok, really it is. Besides my lunch break is almost over and I have to get back.”
“Ok”
He left, she stood, how did something so beautiful become so …. Off-putting.
If only she had stopped to take a deep breath.

Weddings are an interesting and remarkable occasion anywhere in the world. Each however is unique and influenced by certain factors: the couple, their cultures, family and finance. Most Nigerians often do either of these weddings; traditional, church or court weddings some do all three or just one.

Personally I find traditional weddings the most exciting and would have settled for it alone but mum and MIL were not having any of that. Traditional weddings are colourful, filled with great music, lots of dancing and celebration. The entire extended family is involved. To a visiting participant, it might give the impression of a carnival rather than the celebration of the couple with the key focus on the bride. There are different tribes in Nigeria and each has a different variation of the wedding, certain factors however remain the same across them.

The introduction of the groom and family: this step, I guess, happens to any marriage world over with each culture putting its own twist on it. In most Nigerian tribes, however it involves at least three steps.  The groom and at least three family members or friends bearing gifts pay the bride’s parents a visit and if everything goes affably the next visit is arranged. On the second visit, the groom accompanied by more family and friends; they also get to meet more of the brides’ extended family.  At this visit the dowry and every other traditional rite gets decided. Both families must reach an agreement on everything happening at the next visit, what gifts to bring and who would be present.

The third and final visit takes place before the wedding; it’s often a small ceremony but filled with lots of entertainment. Throughout the process, the groom and his family is assessed by the bride’s family with the aim of confirming if the bride is going to a good family.  Common terminologies associated with the process include ikuaka n’uzo (knock at the door) in Igbo land, igbeyawo (carrying of the bride) in Yoruba, Na gani ina (I like what I see) and Gaisuwa (greetings to their in laws to be). Kola nut also plays a central role across all the tribes, known for its healing ability; couples share it during the wedding indicating a willingness to heal each other. The entire process can be done in one day or over several weeks/months as determined by the couple and their families.

Yoruba couple after she is unveiled.

Tasks/banter testing the groom: the groom and his family might be required pay a gate fee to get into the wedding venue; this is common with the Yoruba and Igbo tribes. In Yoruba land, the groom and his friends are asked to prostrate before the bride’s family three times, he then prostrates before his own family prior to taking his seat. Prayers are said for him and his family during this process. In certain parts of Hausa land, the grooms’ shoes/sandals might be hidden by female members of the bride’s family and the groom pays a fee to get them back. Some other antics might require the groom to sing or dance for his request to see his bride.  Grooms at an Igbo wedding hides; the bride searches for him with a glass of palm wine which they share once she finds him. The advent of modernization has seen traditional weddings become revolutionized to make it more entertaining and encompassing for guests.

The giving of dowry and gifts: ok I know this can be a sore topic for my western audience so let’s take a good look at it. In the present day Nigeria a lot of couples have come together by themselves, thanks to social media long-time friends and acquaintances are reunited  and something new is birthed (that was my story).this makes the dowry less about what the parents get in exchange for their daughter. Dowry is essentially for us what a fabulous engagement ring and proposal are for you. It’s a show of how much value the groom places on his intended bride. When a happy and balanced marriage follows an engagement/wedding the question of how much you paid for a ring or as dowry rarely occurs. Such issues crop up when problems and unhappiness become predominant. Realising that the system has been abused most families today opt not to receive the dowry from the groom; those who do discuss and accept what the groom can provide. The gifts given include bags of rice, salt, yam tubers, kola nut, sweets, boxes of jewellery, Ankara, lace, perfumes, wine, palm wine etc. again this varies with each tribe but unquestionably  gifts are given with or without a traditional marriage taking place.

Introduction of the bride: the bride is hidden until the groom accomplishes every task from her family. With the Yoruba and Hausa tribe, she is veiled when she makes an entrance and it is the job of the groom to unveil her. In the Igbo tribe, the bride isn’t veiled. Regardless of the tribe she is often lead out by her friends and female members of the family singing and dancing.  She dances for her audience, welcomes everyone, prayed for by both families before meeting her groom. After this the bride might change her outfit to another one which shares similar colours or features with the grooms outfit.

Traditional weddings vary amongst and within the three major tribes, but all of them share the above steps. Note: for ease of understanding the tribes have been limited to just three, for a further identification of the tribes visit http://www.onlinenigeria.com/tribes/. Whatever the case every traditional wedding is elaborate bordering on flamboyant, but without question entertaining when properly planned.You should go to one soon! It would be awesome to hear about your own traditional weddings!