Tiny bubbles rise to the surface

Tiny cracks appear on the wall

Tiny ever so tiny

Lay down the chisel

Pack up the easel.

Standing on the capricious edge of definition

the shadow sprawled in break-away

the spine abandoned hopes of a breakthrough

Tiny ever so tiny

Was the last momentum

upon which a new hope depended.

Tiny but ever more exerting. 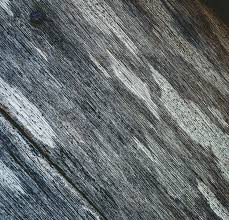 Written for the daily prompt breakthrough.

I threw it away …

Going by my grades in the University one could classify me as one of the good students in my class. I was earmarked by my peers, lecturers and myself to get at least one distinction, but somewhere along the lines of my final year, I lost sight of that vision. I became content with ‘almost’, that sense of knowing that I could get those grades became enough for me. I got satisfied with the idea of the reward and not the substance of it. Perhaps I also became lethargic; the incentive lost its appeals.

I was chatting with my neighbor the other day, the conversation swiftly took a turn on the most plied street of human conversation; relationships: initiating them, maintaining them, ending them. As we talked I couldn’t help but observe how shortsighted and over sensitive the periscope through which we view relationships has become over the years. Much like the situation in my university days we have become too familiar with the idea of a happy relationship and grown lethargic to the fine tuning of one.

It breaks my heart to write this but I have thrown away dreams, jobs, and ambitions when the going got gruel some. It’s not an intentional action, it’s not a conscious choice, and more often than not it comes across as a wise and learned decision at the time. We weigh the odds and find them not in our favor.

We become this way when we learn to run but don’t learn to walk. This becomes a problem when circumstances insist we stroll across the pastures of life, to drink up the scenes around us, to learn the details of our journey. I imagine it would be like asking Usain Bolt to walk from the starters’ blocks to the end of the tracks, it’s not hard to do but at some point, he might itch to run through it. Most times we can’t control that itch and we bolt through the process, sadly life unlike the tracks isn’t very forgiving, those lessons come back to haunt us. Thus when the slow process starts we give up not because we lack the right skills or resources, but because we are geared up to go a certain route and pace.

We have been sold a fable; if it’s your life path it will be manageable. Note that I didn’t say easy, we have gone past expecting it to be easy; we are prepared to handle whatever comes but we often not prepared for the tenacity of the problem or how swift time is to make an exit as we try to wrestle the problem to a corner. I find these situations similar to ironing an over dried rich linen/wool/cotton outfit on low heat, without water, spray starch or a good ironing surface on a Monday morning. You take a shower, cream your body, and set out to iron said outfit under given circumstances above. Soon you start to sweat, you panic as time runs faster and the outfit stays unresponsive to your best efforts. The image of a perfect you in that perfect outfit slowly start to lose its appeal, the knowledge of you as the perfect person who makes the outfit shine becomes emboldened. And in a flash, the outfit is tossed aside and another chosen.

Note the outfit isn’t abandoned or destroyed; it’s just not the one for today. The impetus to do more is gone; slowly it’s relegated to the shadows. In that same vain we throw marriages away, dreams, friendships, jobs, beliefs, etc. because they wouldn’t fit the way we wanted, and we tell ourselves the show must go on.

We throw things away because we have become trained in the act of perseverance, persevering to the next high, not to the end of the present one.

We throw away things because ‘I’ isn’t used to seeing ‘U’ ahead in the queue.

We throw away things because our brainbox is now automated and like the voice on the other end of the phone it only repeats what it’s been programmed to say.

I prayed the Lord my height to increase

a head taller I stood above my peers by morn.

I stood tall, my glory and flaws a public showpiece,

a head bent, I sought solace from dreams and dreads that had me torn.

I prayed the Lord my gait to straighten,

soon I took aristocratic steps on the streets of my youth.

I smiled in pride, they swore vehemently shattering my haven,

sober and dismayed, I sought solace from green eyed sleuths.

Alas it came as a DIY package; His part was to deliver the package with clear instructions and a helpline to assist, my part is to assemble the structure.

a pit of vermin’s niche beneath ,

a cloud of glorious splendor above.

they cause the sun for its harsh rays,

the only salvation from a squirming darkness.

Atop a web of uncertainty,

of faith through tiny eyes.

Atop a web of uncertainty,

atop a petal, minuscule to you but

just enough for little ole me.

Please indulge me of the three which reads better or which do you prefer and why?

Countless are the ways through which you’ve blessed me.

countless are the ways my worries bid me forget.

Countless are the gifts of your love.

countless are the emissaries of regret bearing Trojan hope.

Countless is my faith in the rising of the sun

countless is my faith in the clashing of waves on the shore.

Countless is my faith in your promises.

by a promise kept.

like a regal mistress nature chooses which to bestow upon mere earthlings.

Written in response to Sonya’s TLT.

The photo reminded me of both spring and winter.

On the A to Z challenge, the word for today is regal. My home country is far from regal, over the decades we seem to have become stuck in the same mud pile. A whiff of change lingers on the horizon every now and then, but much like a victim waist deep in quick sand we focus on fighting the sand rather than the reaching out to change. We focus on the contents of the pit rather than the trees with branches leaning out.

K is for Kabbalistic

a vortex sweeping through: leaving behind a trail of destruction.

Is there hope in Zion?: who shall save us?

The kabbalistic home rages: a crimson hue adorns the skies

lambs and wolves alike are slain: no soul is safe.

Is there no hope in Zion?

Open the pages: look within,

The throne of secrets: and covert shadows

shall  be destroyed:  with the truth

There is hope in Zion: cloaked in the innocence and bravery of a suckling babe.

This was written as a cleave poem, which has three poems within; one on the left, one on the right and the entire piece as one. Don’t know if it worked, please let me know.

Written for Friday fictioneers a writing challenge hosted by Rochelle and A to Z challenge. The picture was provided by Kent Bonham and the task is to write a 100 words story inspired by it. Thanks Rochelle for hosting the challenge. Thank you for stopping by… do click on the link to read other stories.

Life is … all about perception.

What you see is what you get. Change your mind, change your world.

I know this isn’t easy at all, trust me I have had my up and down days.

But I hope we all find the strength within to drive the change within into the world around us.

No one else can do it for you, only you can.

Hi there, thank you for stopping by today. This is the 20th edition of my ‘life is’ series where I try to relate life to different things in society. Would love to hear your thoughts on life is … all about perception.