Growing up I had no memory of churches having so many fragments; but with time so many divisions started to arise. Protestants, Anglicans, Methodist, Baptist, Evangelical ministries, Healing missions you name them, they exist. Even within these sections lie a further division of some sort that has to do with preaching style, dressing styles, and rules that influence people’s general lifestyles. Is that really what the gospel hoped to achieve? I don’t think so.

The level of division with the church became more obvious (to me at least) in Uni, they were so many fellowships and churches to choose from, but I became a bit put off with the way they introduced themselves. It seemed too much like a marketing strategy/campaign.

“Join us because we have a great choir, the best on campus,” 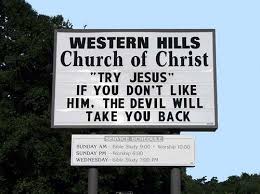 “Join us because we are the cool Christian group in school,”

“Become one of us because we pray and live a conservative lifestyle,”

The worst part was if you didn’t accept the invite some people took it really personal going as far to question your faith, I found that very wrong. Surely the message of Christ is love, unity and oneness, a message that surpasses any particular church, group or denomination. Professing my faith and living for Him daily in words and actions, in open and in secret should outweigh speaking the lingo of a particular denomination, or dressing according to a particular code.

Moving to the UK I found the church plagued by a different set of problems depending on the congregation. In a predominantly white congregation you find the word of God is limited to an extent with regard to how much influence it should have on us, it is only allowed to affect certain lifestyle choices and not others. You also find the socializing accept of the meeting is slightly overemphasised, thus anyone whose culture of socializing doesn’t align might be frowned upon or misunderstood.

On the other-hand in a predominantly black congregation, you find the words of the pastor/visioner/leader to be overemphasised. His/hers interpretation of the Bible is seen as final, people are often made to see things only through the leaders eyes. People are credited importance based on how much of the Christian lingo they speak and whether they speak in the same manner as the leader. You are evaluated on your dressing and lifestyle; the bigger, louder and vibrant the more popular you are. Most times  the leader’s authority cannot be questioned.

On both accounts you find the central message of Christ’s’ love is lost, the welcome and acceptance of people for who they are whilst praying for God to change them is gone. Culture is promoted, leaders are revered, membership matters more than follower-ship and religious façade is celebrated rather than character. Are we following Christ or him/her? Can you question your leader, can you admit his wrong in front of others, do you check what his ideologies are against the word of God? Is he/she open to discussing their guiding values? Are you accountable to God in secret and in truth or to those who you consider members of the same faith. The church is losing its hold because it’s losing sight of its God in totality. It’s either all or nothing.

Romans 12 vs 4-5: “For as in one body we have many members and the members do not all have the same function, so we, though many, are one body in Christ, and individually members one of another.”

1 Corinthians 1 vs 11 -13: “For I have been informed concerning you, my brethren, by Chloe’s people, that there are quarrels among you. Now I mean this, that each one of you is saying, “I am of Paul,” and “I of Apollos,” and “I of Cephas,” and “I of Christ.” Has Christ been divided? Paul was not crucified for you, was he? Or were you baptised in the name of Paul?”

Colossians 2 vs 8: “See to it that no one takes you captive by philosophy and empty deceit, according to human tradition, according to the elemental spirits of the world, and not according to Christ,”

6 thoughts on “Why the church keeps losing it’s grounds.”